Shouldn’t have tempted her!

He didn’t. In fact, it only made him spank her harder. Left-right, left-right, heavy, punitive slaps. Her small bottom was bouncing and wriggling under his painful attentions, and tears were streaming down her face over her blushing cheeks.

He said nothing, readjusting her over his lap and resuming the spanking impassively.

He rolled his eyes and pulled her skirt up in a swift, sharp move. He couldn’t help but pause, not because of her outraged cries and pitiful attempts at getting her skirt back down, but rather mesmerised by the two perfect little pink globes he had revealed. She was wearing the smallest pair of panties —hardly any protection at all— and her fretting made her bottom wiggle and bounce in a most alluring manner. He lifted his arm up again. 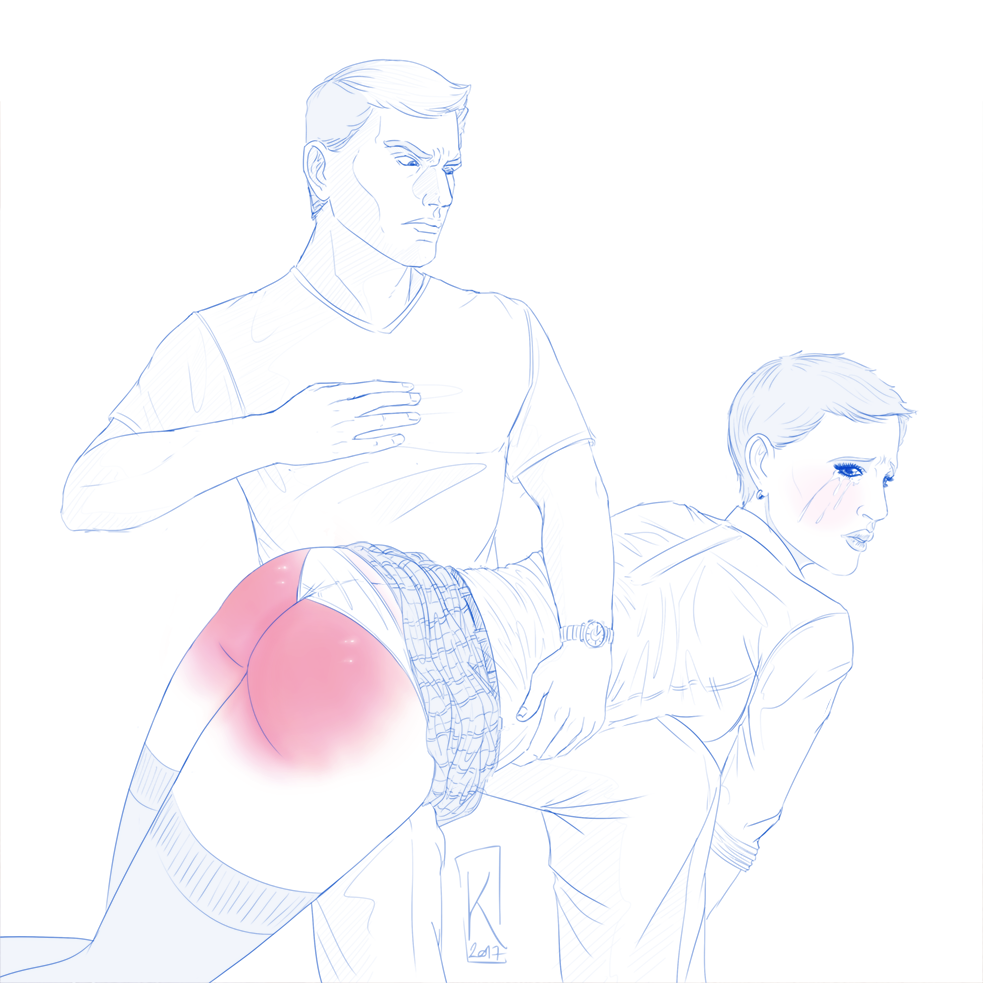 He clenched his jaw at the memory, and slapped her tight bottom harder than ever. Just a prank… The nerves on this one…

“Okay… Okay! I’m sorry! It was… OoooOoow!!… just to welcome you… Ow, ow, oOOow! It’s tradition ! Don’t you have traditions like that in Europe?”

“Oh we have many traditions in Europe,” he said with a hint of an accent, “Most of which don’t involve humiliating other people…” he landed a couple more swats and went on:

“But first of all, the swastikas are really offensive,” he said, punctuating each word with a hearty slap, “And second of all, I’m not even German!”

“Is a continent, not a country. Consider this your first lesson, the first of many!”

Keep Looking Back Over your Shoulder

Finding Strength in my Submission

Married submissive: The love, the kink and the connection.

[No cats were harmed in the making of this blog. They all love to be spanked.] Exploring the psychology 'behind' spanking through fiction and poetry. Because, nothing says 'I love you' better than a red, sore, bare bottom. Comments welcome and discussion encouraged. I believe spanking between consenting adults leads to closer and more intimate relationships. Spanking is not a kink, not a fetish, not a lifestyle, but rather, a healthy and honest means of communication. Let your mind free and respect will follow. Contact me lurvspanking@gmail.com